At Water Direct, we’re always looking to support local causes as well as those that are particularly important to our members of staff.

Our Asset Manager, John Hilder and his father, Graham ran a charity golf day at the Colne Valley Golf Club with all proceeds going to the Essex & Herts Air Ambulance whose Essex branch, like Water Direct, is based in Earls Colne, Essex.

John and Graham gathered sponsorships and donations from local companies including Water Direct to raise a total of £3,325 which they presented last week to support the Air Ambulance, who provide emergency, pre-hosiptal medical services to the people of Essex, Hertfordshire and the surrounding areas.

Water Direct, alongside many other local businesses, sponsored one of the holes on the 16th green in support of the cause.

Around 60 participants were in attendance, all of whom took part in both the golf tournament and the raffle and auction that were held at The Woolpack public house in Coggeshall after the tournament had finished.

For the raffle John and Graham had managed to secure a great deal of prizes that were also donated by local people and businesses to increase the opportunities to raise as much money on the day as possible, with an auction being held for the higher ticket items.

Amongst the prizes and auction items were a brewing experience at Red Fox Brewery, golf day vouchers, vintage football shirts from Brentfood and Fulham football clubs and Coggeshall Football Team shirts signed by the team and Olly Murs.

It’s great to support such a worthwhile and local cause, and John and Graham are aiming to go even bigger and better next year. 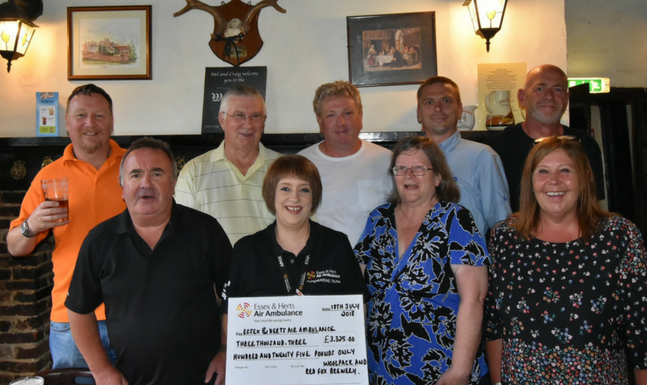